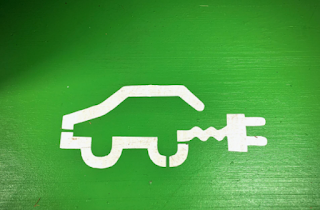 By 2030, sales of new cars and vans powered wholly by diesel and petrol will be banned in the UK, with Hybrid vehicles to follow 5 years later so between now and then, most new vehicles launched will be offered with some form of electrification, accelerating demand for electric charge points across the UK, to meet the needs of small to medium enterprises.

In February 2021, the government also announced a £50 million extension of the home and workplace grants for installing charger points with the workplace charging scheme being open to small to medium enterprises, for the first time, which includes funding for the accommodation sector such and B&Bs, to provide a boost to rural areas, in places like the South West.

In essence, the government are trying to focus on more of the grants going towards lower priced volume models, that appeal to private buyers, as well as company car drivers and remove the incentive for much more expensive models, that are typically only purchased by company executives, who still are able to enjoy the significant Benefit in Kind tax incentives that are in place.

It is thought that the government are also looking to put the emphasis on car manufacturers reducing the list price of their  electric vehicles, to make them more affordable to the masses, with Citroen, for example, responding to last week’s announcement, by announcing the list price reduction on their electric model, to below the qualifying grant limit of £35,000.

Posted by Hillmans Chartered Accountants at 06:39